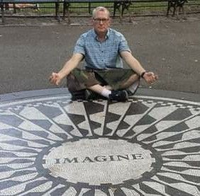 Donald Hugh Degnan, of Gibbstown, New Jersey, aged 59, was killed in a tragic automobile accident on December 23, 2020, in Concord Township Pa. Don is survived by his loving wife Jessica Ingrum, his step-son Michael Dickson of Glassboro NJ, his sister and brother-in-law Denise and Jack Clemons of Lewes De, his brother and sister-in-law David and Liwan Degnan of Poughkeepsie NY, 1 granddaughter, 1 grandson, 2 nieces, 8 nephews, numerous great nieces and nephews, and beloved fur and feather babies. Don was born on March 30, 1961 in New Milford, Connecticut to Donald W. and Diane M. Degnan. He was raised in Cornwall, New York, and Tarrytown, New York, and settled in South Jersey in 2000. Don attended Sleepy Hollow High School, the University of New Mexico and Westchester Community College. He graduated from the United States Navy Nuclear Power School, serving as a Machinist Mate 2 on the USS Grant. Thereafter Don had a varied career, working throughout New York City in a technical capacity, including with the NFL; and while living in New Jersey he worked for Pep Boys Automotive, RGIS, and Metabo Power Tools North America. Don had an intense love of life and found a soulmate in Jessica who shared his wanderlust, experiencing the world together via travel, motorcycles, camping, sailing, scuba diving, music, and exploration of cultural heritage. Don had a passion for imparting his knowledge and sharing his joys – with anyone who would listen and often those who wouldn't. Don was a true 21st century Renaissance Man, a walking Wikipedia. He found fulfillment by mentoring, expanding horizons, and igniting excitement in others, hoping they would find the same joys that he did in fulfilling themselves. His passions spanned the arts, genealogy, politics, history, games, sports, competition, automotive, engineering, space, food, both tasting and creating, whiskey, science fiction (especially Robert Heinlein and Dr. Who), reading, music, movies and quoting their dialogue, especially Princess Bride and Monty Python. Don was an avid long-suffering fan of the Mets and the Jets. He had boundless energy and an endless desire to care for those he loved. A celebration of Don's life will be held when such social events are permissible. In lieu of flowers, donations to the VFW or Marine Mammal Stranding Center, Brigantine, New Jersey would be appreciated. In the words of Dr. Who,"People assume that time is a strict progression from cause to effect, but actually from a non-linear, non-subjective viewpoint, it's more like a big ball of wibbly-wobbly, timey-wimey stuff." Goodbye Sweetie. Please use the link below to join us for a virtual Celebration of Don's life, this Saturday, January 2, 2021 at 2:00pm. Join Zoom Meeting https://us02web.zoom.us/j/81611634324?pwd=NTFZbHpHaDFHbEg5SndHa0lZV0VmZz09 Meeting ID: 816 1163 4324 Passcode: 796720571